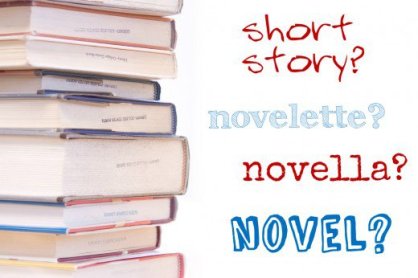 That this and similar episodes are what spring to mind most readily when I think of German at school may well mean that my mind is as puerile now as it was back then. Nonetheless, by way of association, and with much effort, I recall other details too: the scarred wooden desks, the dingy yellow walls and the hapless features of Mr. Graham, whose life we made such a misery.

Also a book with a pale blue cover, The German Novelle, which presumably I read. Like pretty much everything else I studied at that time, I don’t remember a thing about it, except that the Germans were the first to take the novella form, originally established in Italy, and turn it into something with a specific set of characteristics, different from those of the novel. Notably – and here I turn not to my memory but Wikipedia – it is ‘restricted to a single, suspenseful event, situation, or conflict leading to an unexpected turning point (wendepunkt), provoking a logical but surprising end.’

Importantly, length is not a criterion. A Novelle could run to several hundred pages. But these days, when we use the word novella in English, length seems to be the determining feature. And I must admit that when I set out to write one, what I had in mind was something in the order of 30,000 words. But to reason only in terms of length would be a mistake, and run the risk of validating Carl E. Reed’s apothegm of wince number 69: ‘A novella is a book that ran out of steam.’

Stephen King has called the novella ‘an ill-defined and disreputable literary banana republic’. This hasn’t prevented him from writing several himself, though he points out the difficulty of selling them in the commercial world, being too long for a magazine and too short for a book. While this may indeed be a drawback, it makes the novella an ideal candidate for self-publishing, where a common strategy is to make it free in order to draw readers in to the rest of a series. This was indeed my reason for writing Closed Circle. I’ve read of that strategy many times – now I aim to test it out myself.

Not for a while, though. Because although I’ve finished a version that might pass muster, I’m not satisfied yet. It needs a good dose of improvement, for which I’ll need to let it simmer subconsciously – or whatever books do when we’re not actually working on them – for a couple of months or so. Basically, I didn’t realise when I embarked on it how hard it would be. All writing, of course, turns out more difficult than the initial vision promises, but I grappled with this one a lot. Not that it ran out of steam, on the contrary – it’s got a bit too much. I need to tighten the valves a bit, fix a gasket or two. It might gain a few thousand words in the process, but that won’t matter. It’ll still be a novella, because strangely enough, without thinking about it, I ended up with something close to the definition in The German Novelle. Maybe I did remember something more than the German for notice after all.

24 thoughts on “Ill-defined and disreputable?”