The Writers’ Co-op invites submissions of short stories (and poems) for an anthology to be released later this year. No theme is set, but stories should broadly fall into the category of ‘weird’ (see below).

There is a maximum word count of 5000. But this is more a guideline than a strict limit – quality is the main criterion, not length. So a great story will be accepted, whether it’s 6000 words or 200 (flash fiction is welcome). But we’re looking for short stories, not novellas or extracts from novels – the story should be complete in itself. Though the anthology will be comprised mostly of stories, there will also be room for some poems or pieces of an experimental nature.

The deadline is 31st March 2018. Submissions should be sent in an attached file to curtis.bausse(at)outlook.com with the subject ‘Co-op submission’. They may have been previously published on personal websites (or elsewhere) but authors must have full rights to them when submitting. Authors will retain said rights after the story or poem is published in the Writers’ Co-op anthology.

All proceeds will go to the Against Malaria Foundation. Why? Because the (hopefully not meagre but probably far from spectacular) royalties can make a big difference: $3 buys a long-lasting insecticide-treated mosquito net which protects two people for up to three years.

That’s for the practicalities (if you have further questions, don’t hesitate to get in touch via the contact page). But what is meant by ‘weird’?

The question is addressed in the previous post, but since I’m here I get the chance to add my two cents’ worth (or grain of salt as they say in French). Like many categories, it’s fuzzy, because it stands in distinction to ‘normal’, and there’s no common acceptance of what is normal. Not all writers will approach it the same way, and so much the better – we hope for plenty of variety. At the core of weirdness, though, is the upsetting of expectations: normality, in the sense of what we’re accustomed to, doesn’t follow the course that led to us form those expectations. Where it goes – somewhere disturbing or hilarious – is entirely the writer’s choice. Or why not hilariously disturbing? Indeed, one advantage of ‘weird’ is that it allows for humour as much as for horror, so go for it!

How weird does it have to be? Anything from full on, over-the-top freaky to subtly odd and unsettling. So no worries if weird isn’t your usual style – a few deft touches can suffice. Those little moments of strangeness that don’t fit into what we know of the world or the people around us, those hints of a deeper mystery that defies explanation. Give us writing that shifts our perceptions, leads us to experience, bubbling up through the regularity and routine, the fundamental weirdness of life. To quote the Count of Lautréamont, author of the Chant de Maldoror, if your piece is ‘beautiful as the chance meeting on a dissecting table of a sewing machine and an umbrella,’ there’s every chance that we’ll love it.

We look forward to reading you. 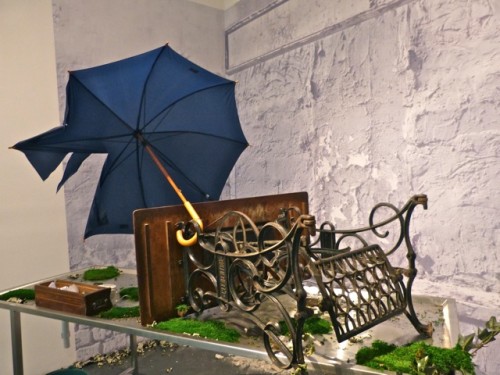 39 thoughts on “Call for Submissions”