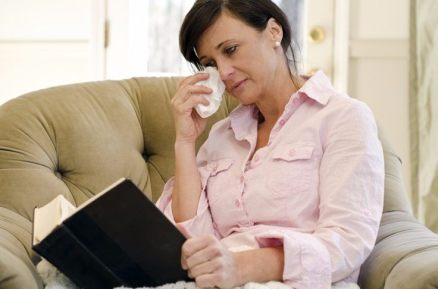 A couple of years back, giving an author feedback on a story I had rejected for the Book a Break anthology, one of the reasons I gave was that ‘it veered into sentimentality at the end.’ I wasn’t alone in this appraisal: Sherry Morris, the competition judge, said, ‘it all goes sentimental syrupy at the end. Indigestible.’ The author, whilst accepting my other remarks, wrote back to say that she actually quite liked sentimental stories.

This got me thinking. Were we talking about the same thing? We couldn’t be, I decided, but since I didn’t pursue the exchange, I can’t be totally sure. What I did instead was a little research, and found this excellent article, which gives a thorough analysis of sentimentality, and how the meaning of the word has changed over the years. It’s a long one, so if you’re in a hurry, I’ll summarise it as: it’s a lot more complex than we think.

My own conclusion is that (as with everything else) it all depends how it’s done. There’s nothing intrinsically wrong with sentimentality. Decades ago I read Love Story, which was widely panned by critics as formulaic and manipulative, pulling just the right strings to get the hankies out. William Styron called it ‘a banal book which simply doesn’t qualify as literature.’ A snootiness which did nothing, I’m sure, to dent Erich Segal’s spirits – Love Story was in the New York Times bestseller list for 41 weeks. Though I know a mass readership doesn’t equate to quality, I always feel that anyone who sells that number has to be doing something right.

So why did Sherry and I react negatively to what we perceived as sentimentality? The difference between Love Story and the story I rejected was that Segal took the time to put all the pieces in place, get us cheering for the two main characters, before demolishing our hopes with Jenny’s  death. In the face of a disapproving father, the love of a young couple ends in tragedy. Not a bad pitch, is it? Shakespeare’s log-lines haven’t survived but it’s widely thought he used it for Romeo and Juliet.

To get sentimentality right in a short story is hard. Crucial to its success is getting the reader’s emotions in the right place as early as possible. And I realise now that the keyword in my feedback to the author was not sentimentality but veered. In a story which up till then was mysterious, even scary, there was a sudden switch to two people trying to cope with the loss of a loved one. Edgar Allen Poe would have been appalled – it goes against the ‘unity of effect’ he insisted a short story must achieve: decide on what emotional response you want to elicit, stick to just one, and make sure that everything contributes to that end.

Poe’s strictures are seen these days as rigid. There are many successful short stories that don’t follow them. All the same, as a rule of thumb, the unity of effect isn’t a bad one. Where a novel can play with many different emotions, a short story is best dealing with just one. And there’s nothing at all wrong if that one is sentimental – just make sure you nail it right from the start.