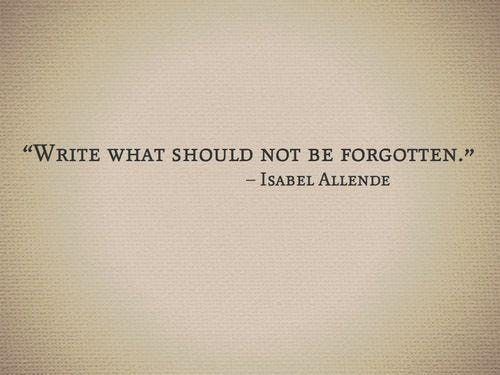 I once spent 19 hours arguing with a guy on the internet about a subject that touched me personally. I admit that’s a little extreme – but who among us can’t relate, at least occasionally, to the feeling that we’re talking to a brick wall? People seem more resistant than ever to understanding where we’re coming from. They are committed to their one narrow version of reality, and our arguments, however impassioned, are unlikely to make an impact.

Perhaps there is another way.

In 1906, an American journalist and novelist wrote a book about an immigrant man named Jurgis Rudkus struggling to make ends meet in the meat-packing district of Chicago. The author, Upton Sinclair, formulated his argument carefully, layer by layer, not in the form of academic discourse but through construction of a character who would be the living embodiment of the immigrant plight of that era. Rather than appealing to their logic, he transplanted them into the worn-out shoes of the immigrants themselves. Readers rose early in the morning, worked themselves to the bone in unsafe, unsanitary conditions, and came home with little to show for it but an aching body and empty pockets. Just by nature of inhabiting Jurgis Rudkus and his unfortunate family members, readers were challenged to consider how they might endure similar injustices – and if anyone ought to endure them at all.

The Jungle turned out to be one of the most influential novels in American history. While Sinclair intended it as an attack on capitalist abuse, the result was sweeping change in the working conditions and sanitary practices of the meat-packing industry. Sinclair did not consider this a perfect win. As he famously said, “I aimed at the public’s heart, and by accident I hit it in the stomach.”

Still, I can’t help but view Sinclair’s work – and others like it – Uncle Tom’s Cabin by Harriet Beecher Stowe, for example – as prime examples of the power that we have as writers. With well-wrought stories, readers can’t help but drop their guards. We lead them to inhabit other bodies and realities, and to see the world in a whole new way. This is one reason it’s so important to embrace diversity in the publishing world. Journalists and school-teachers will do in a pinch, but stories are best told by the people who lived them. Who knows how The Jungle might have transformed society if the story were told by someone who had lived the immigrant experience? Every one of us has a unique perspective and the power to bring that perspective to the page in a way that nobody else can. How will we wield that power?

I’ve always written about the issues closest to my heart, not really with any sort of agenda but as a natural expression of my own worldview. I’m a social worker, and I spend much of my time engaged with issues of poverty, sexism, racism, exploitation, and so-on. This stuff naturally crops up as a major theme in my work. I can try to explain what it’s like for someone to be marginalized, to be financially destitute or sexually assaulted, or I can just let readers experience it through my characters’ lives. Which is going to have the greater impact? I think the moral of the story is that the next time I feel that hot-button internet drive to set someone straight, I’m best served by popping open Scrivener and getting back to work.

Christy Moceri writes romantic thrillers in alternate worlds. Her WIP is a futuristic fantasy novel about a revolutionary spy and the violent degenerate who loves her.

8 thoughts on “The Power of Perspective”