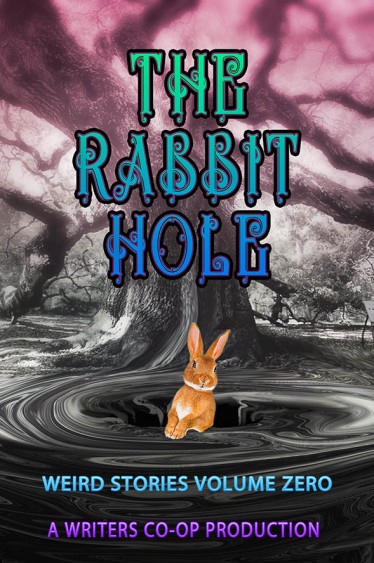 It’s here, folks! Well, not fully until the official launch date on July 17th, but you can pre-order now at the special launch discount price of $0.99. That’s for the ebook – there’s no pre-order for the paperback.

Some people say that doing pre-orders on Amazon isn’t a good idea because unlike the other online retailers, Amazon doesn’t wait till the launch date but calculate the sales rank using pre-order figures. This means that on the launch date itself, you’re less likely to hit a top spot in the sales rank because the pre-orders have already been counted. But nice as it would be to be up with the bestsellers, I’m not that concerned about our sales rank spike on launch date. I’d rather see a steady number of sales spread over a longer period.

Later in the year, Rabbit Hole 3 will come out. At that point we’ll organise a Facebook event – games, quizzes, and a bundle of stuff to win. Stay tuned for more Rabbit Hole news!

Writing a good story, getting it as close to perfection as you can and sending it out into the world is the least of it. Promotion is the biggest challenge we face.

My advice: Be Everywhere.

This bit of advice is still theoretical. I have no results to cite. It’s only this past week that I’ve started to seriously push my books, crafting brief but information-filled headlines and key words and placing mentions on a wider variety of sites. So far I’ve kept to here and Facebook and my own personal (little visited) publications on Medium.

A fun image and a cute blurb do for Pinterest, but you don’t have the space for an article. You must provide a link to another locale. I am not eager to create another website, with a new look tailored to a new project. My solution for the time being is to link to the full piece on medium.com.

I just posted there in an established publication, having been advised that a known quantity improves discovery. I was accepted as a contributor to ‘Creative Café’ a year ago but never posted because I didn’t want to hand over anything that is part of a series. Friday night I looked for a way to submit to an editor for approval but found no gatekeeper, as is the routine with other Medium publications. So I hit ‘Publish’. I’m waiting to see I’m thrown out on my ear.

A drawback: Medium’s format gives you the choice of a square or a landscape image as the introduction to an article. I’ll have to think about how best to present a figure to avoid the opening peek being of the midriff region.

As far as Pinterest goes, to be exposed in the feed, I’m told you must post new content several times a week, and you’ll wait a month or more to see results. But each listing has the ‘You may also like’ section below, and I am pleased that when I open my ‘Maisie in Hollywood’ pin the below images are heavy with mice and rats, a high percentage of them in skirts and pants. So when people open a pin of Napoleon Bonaparte Rat, they may see my silent screen legend Marcelline Mulot. That’s encouraging.

I just sent what may be the second tweet I ever tweeted on Twitter. (I seem to have sent one to Dire Straits the year they were tapped for the R&R Hall of Fame.) Anybody on Twitter? What do you do with it? (In terms of promotion.)

My strategy (as always): Anything Goes.

I have my website (MyGuySly.com) with a few teaser chapters and art, including my paper dolls. I intend to have them printed, and to sell them on Etsy and Ebay. There is a sizable community of paper doll collectors (forty years ago, I was part of it). I may make a bit of money, and it is another way to introduce my books to an audience.

Common knowledge is that a series is useful in building a following. If someone reads one book and likes it, he may look for more of the same. Curtis has this covered. Amanda Hocking and Hugh Howey got to where they are by this same route.

My methods (exploiting my visuals) may not help most of you. My main point is: keep at it. Try this, try that. Jim Webster posts short pieces on Facebook with art that he hustles off the web. His often centuries-old images pair with his text in marvelous ways. They seem to have been created for the story. I’m sure it takes considerable time to hunt the things down, but this is something any of us could do.

The big thing is to project a personality, otherwise known as a brand. My brand is Wise-Ass-Animals-in-Pants. What’s yours?

You’ll find my intro to a zany biography of the delightful Marcelline Mulot at: https://medium.com/@mimispeike/maisie-in-hollywood-64f0924b46f3

This week I approached a publisher in Maine that specializes in paper dolls. There seems to be only two such these days. Forty years ago there were several. Dover is the biggie, the one that publishes the celebrated (in paper doll circles) Tom Tierney. Their specialty is celebrity dolls and dolls depicting fashion through the ages. Not my kind of through-the-ages, no animals. Mae West, Greta Garbo, etc.

I got a graceful brush-off. Paper Studios Press is, like Dover, fixated on celebrity dolls. (Their publications are included in the Turner Classic Movies online store.)

Marcelline Mulot is the celebrity paper doll I can get into. Those folks in Maine have their niche. I have mine. I’ll keep chugging along my own track, under my own steam. Like I’ve always done.

Above is a quick mock-up of the front and back cover for a paper doll book that will double as a tabloid-size poster. The figures will be rodents. The poster in the upper left corner will read: Rudolph Rodentino / Marcelline Mulot in Secret of the Siren Sands.

My BFA in Costume Design wasn’t a total waste of time after all. I’m going to have fun with this. 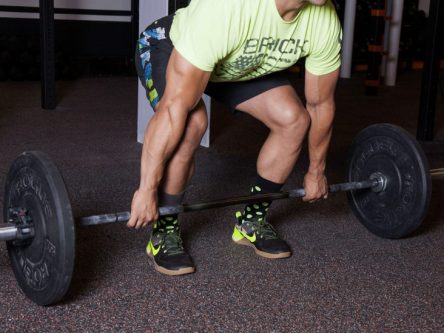 ‘The two most depressing words in the English language are ‘literary fiction’. (David Hare, playwright).

Hare doesn’t elaborate, but it isn’t hard to see what he means. ‘Literary fiction’ is where anything that isn’t obviously in any other genre gets shoved. Literary fiction is perceived as more profound, harder to read, but ultimately more rewarding than genre fiction. As the Dactyl Foundation puts it, ‘The subject of the work is engaged with something that might be called weighty, questioning how we think, how we make meaning, why things happen the way they do, how we decide what’s right or wrong, or musing over what might have been.’ The consequence of such weightiness is that literary fiction sells less well than genre fiction and even fewer writers make any money out of it. To label a book ‘literary’ will have many a reader running in the opposite direction, because what can a ‘weighty’ book be but heavy going?

When I started out writing, I had literary aspirations. I still do in fact, if by that you mean books that don’t fit into other marketing categories. I have several such WIPs on the back burner, but in the meantime, having decided a while back to write books which would, I hoped, be more commercial, I’ve opted for crime.

Why not romance or science fiction? I don’t remember giving the matter any thought – the choice was almost instinctive. If I look for a reason now, I’d say it was Ten Little Niggers (published in the US, for obvious reasons, as And Then There Were None, but I read the UK’s 1963 Fontana edition, and still see the cover in my mind – the UK title wasn’t changed till 1986). Christie’s novel had it all: claustrophobic setting, relentless succession of deaths, gradual elimination of suspects until, utterly bamboozled, I cried out, ‘So who was it? It’s not possible!’ – only to discover that not only was it possible, but the murderer (and Agatha) had fooled me all along. Inevitably, having read that book, it would never occur to me to write a novel called Leonora in Love or Glitch in the Galaxy.

I take issue, however, with the Dactyl Foundation’s pronouncement. There’s no reason why genre fiction, whether crime or any other, shouldn’t also question how we think or decide what’s right or wrong. Consider these excerpts from top crime writers’ analyses of their favourite crime novels:

Val McDermid on Reginald Hill’s On Beulah Heights: ‘Although Hill’s roots were firmly in the traditional English detective novel, he brought to it an ambivalence and ambiguity that allowed him to display the complexities of contemporary life.’

Sophie Hannah on Agatha Christie’s The Hollow: ‘As well as being a perfectly constructed mystery, it’s a gripping, acutely observed story about a group of people, their ambitions, loves and regrets.’

SJ Watson on Daphné du Maurier’s Rebecca: ‘A dark, brooding psychological thriller, hauntingly beautiful, […] but more importantly, this is an exploration of power, of the men who have it and the women who don’t, and the secrets told to preserve it.’

Susie Steiner on Val McDermid’s A Place of Execution: ‘What stays in the mind is the Peak District community of Scarsdale, the investigator as outsider trying to permeate its secrets. And the sheer quality of the writing.’

Jacob Ross on Martin Cruz Smith’s Gorky Park: ‘A crime novel – like any story – succeeds or fails on the basis of character. Renko confirms this for me every time. It is an incredible feat of character portrayal.’

Other choices in the list speak for themselves: Crime and Punishment, Bleak House, The Moonstone… What is striking is the stress on factors other than plot, such as character, mood, and setting. Proof, surely, that a good crime novel is about a lot more than a detective solving a murder.

The same is true, I’m sure, of any genre. Literariness and weightiness are two different things, and for all the supposed profundity it implies, the label ‘literary’ is more of a burden than an accolade. David Hare is right to be depressed.

Video games have been around since the early 1990s when we played them over long distance phone lines. Gamers have been forging relationships for 30 years now, and we want to tell some of their stories.

You may have a story or two to tell, about yourself, your friends, or even your marriage, that could only have happened because of online gaming. We’d like to hear it. And so, we believe, would a lot of other people.

We are publishing an anthology of stories by gamers. No fan fiction. Just real stories about real people.

You can note your story in the comments below, or on our Facebook group Stories by Gamers for Gamers at
https://www.facebook.com/groups/932185130543024
or email it to GD<at>Deckard<dot>one.
Don’t worry if you’re not a writer, just say what happened, when, in what game. And if you are a writer or editor, maybe you can help us to ghost-write or edit the stories of others?

This is a brand new venture. So, if you’re interested join us. We’ll work out the details together. Help us to form a group of gamers, writers, and editors and create an anthology of our stories.

We took a deep breath when Volume One hit the market. Would anyone read it? Do the people we appeal to even read? Are these Letters to the Editor indicative?

“Highly offensive to my sensibilities”
“extraterrestrial abuse!”
“ETs don’t even have genitalia”

Or, and this was our conclusion, are we so enthralled with the many talented submissions that we just have to release a second issue?